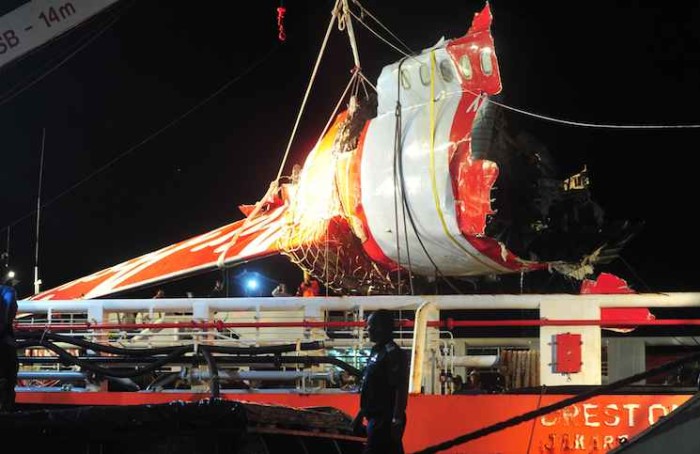 Jakarta, Jan 12 (IANS) Indonesian searchers have spotted the cockpit voice recorder, the second part of the black box of the crashed AirAsia flight, a top official said Monday hours after the flight data recorder was retrieved from the Java Sea.

Based on pings from its emergency transmitter, the cockpit voice recorder has also been spotted by the search teams but it has not yet been retrieved from the sea floor, Xinhua quoted Mardjono Siswosumarno, chief of the National Transportation Safety Committee of Indonesia, as saying Monday. “We will soon retrieve it.”

The flight data recorder was retrieved from the Java Sea where the wreckage of the AirAsia plane has been found. The plane was enroute to Singapore from Indonesia’s Surabaya city, with 162 people onboard, when it crashed Dec 28, 2014. There were no survivors.

Both devices — flight data and cockpit voice recorders — will be able to give an exact timeline of what happened on the plane, until the moment it plunged into the Java Sea.

Any commercial aeroplane or corporate jet is required to be equipped with a cockpit voice recorder and a flight data recorder. These two items are commonly referred to as Black Box.