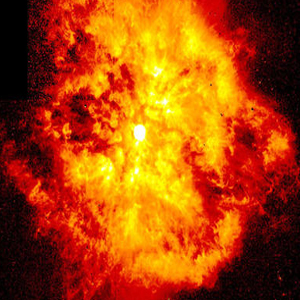 Manila, Jan 12 (IANS) : A man and a child were killed while 15 others were injured in an explosion Monday near an elementary school in the central Philippine province of Capiz, an official said.

Pelaez said the man killed in the incident appeared to be carrying the bomb, Xinhua news agency reported.

He said the two victims=, whose names were not immediately available, were declared dead upon arrival at a nearby hospital.

“Many of the injured are pupils because it happened near a school,” said Pelaez.

Police were determining the circumstances of the explosion and the type of the bomb that went off, he added.