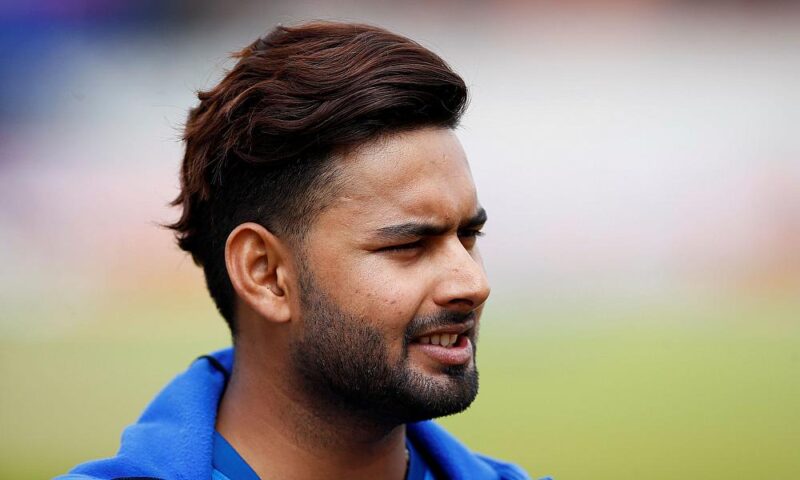 It’s a hard fate to be the follower of MS Dhoni as a wicket-keeper batsman in India, but Rishabh Pant is doing well in this role. Yes, he had both great and unfortunate moments in his career, but that is only the beginning as his age is only 24. This article is dedicated to his biography, stats, play style, IPL career, and personal life, including rumours about his girlfriend.

The left-handed batsman Rishabh Pant is quite a unique cricketer for India. He shined at an early age during the youth championships and even older competitions as a batter, then faced a decline in his game, and now is on the rise again. And he is only 24 years old, but he has already gained crucial international experience and can outgrow into the legendary person for Indians.

His keeping stats is pretty average and not so interesting to know, although he pretends for the role of the main wicket-keeper. At the same time, his aggressive batting style made him popular, so we can review his achievements on the top level in the table below:

What relates to special achievements, Rishabh Pant has plenty of to present even at his young age:

That is not the full list of his achievements, and we can only imagine what other records he can get in the near future.

Rishabh Pant is among the guys who were born in autumn. To be precise, he saw the world for the first time on October 4, 1997, in Roorkee. He is 1.7 meters tall, which is a pretty common height for a cricket sportsman in India. It allows being fast enough and effective while batting.

Pant’s first serious success in the world of cricket was related to the U-19 Delhi team, where he showed promising batting results. Then he debuted in Ranji and Vijay Hazare Trophies in 2015, being only 18 years old. In just a year, he surprised everyone when he scored 100 runs in just 48 balls in the Ranji Trophy.

Interestingly, Rishabh Pant didn’t pass a long way with youth Indian international squads, debuting in early 2016. As we know, U-19 Indian squads are the obligatory step for young talents to shine before going into first-class cricket. However, his efforts in the U19 World Cup in 2016 were enough to be a target on the IPL’s auction the same year.

So, he was bought by Delhi Daredevils and had some time in his first season in the IPL. However, the most notable was Pant’s performance against Sunrisers Hyderabad in 2018, when Rishabh was still not out with 126 runs from 63 throws by opposite bowlers. That was a record at a time but was overcome by KL Rahul later.

Another notable achievement for Pant happened in 2021 when he was named the captain of Delhi Daredevils before the start of the season. He became the fifth-youngest skipper of the IPL team in the history of the competition.

The net worth of Rishabh Pant in rupees and dollars

As Rishabh pant isn’t married yet, the interest in his girlfriend is huge. However, his relationship with Isha Negi seems to be too strong for other girls to pretend for Pant’s love. They have been dating for more than five years, since university. She is a decor designer and entrepreneur, and they are planning to create a family together.

You may also like: Who is a dangerous batsman in IPL?