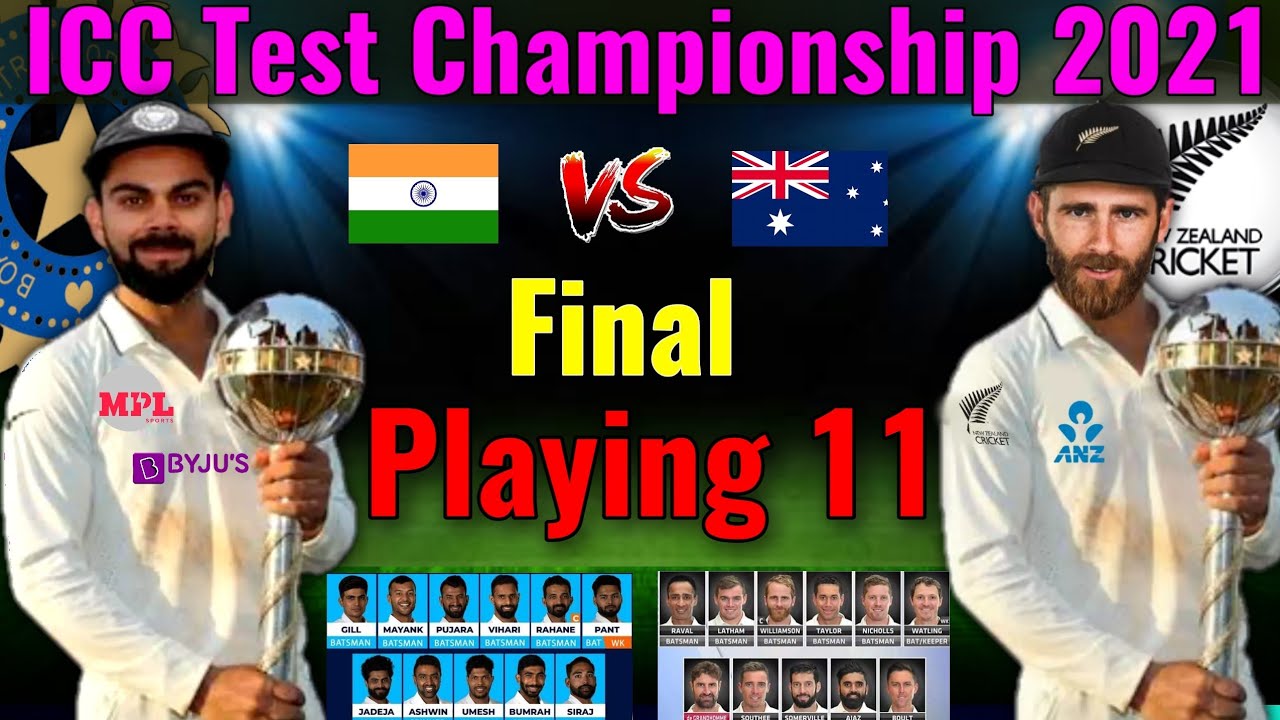 Just one month after suffering a heartbreaking loss in the semi-final of the 2019 world cup India embarked on a journey that started with seven consecutive test twins.

This is the story of a brief one of how India trumped adversities’ heartbreaks changes in qualification rules to being where they are today.

This is the story of how India made it to the final of the ultimate test India kicked off their campaign in style against Wendy’s with a two-nil victory in the first test. The experience of justified Boombra and Ishaan Sharma was just too good they picked up five-wicket halls and India beat wendy’s by 318 runs in the second test match.

A maiden test century for hanuman Vihari and Jaspreet Bhumra once again amongst the wickets a 2 57 run victory. India picked up the full 120 points on offer after thrashing the Wendy’s.

in the Caribbean back home India hosted South Africa for three test matches the Mayan Gagarwal double century back to back hundreds for the hitman Rohit Sharma exceptional bowling from Ravi Ashwin.

And Muhammad Shami meant that India was too good in the first test match. In the second a Virat Kohli master class 254 runs from the skipper’s bat India goes past 600.
And they were just too good for South Africa. They made it to nil. And in the final test match, it was the turn of the hitman summer to score a double century. But Jinki Rohani chipped in with 102 the polar came together they bundled out South Africa on both occasions.
And they made it three-nil and India marched along making it five in five.
India continued their winning streak by hosting Bangladesh for two test matches in the first one another double hundred from Ryan Kagarwal. And a collective effort from the bowlers helped India with a comfortable innings victory in the second test.
India’s first-ever pink ball test and it was a field day for the bowlers bundling out Bangladesh for nothing at all.
In the first innings, Virat Kohli came out with the bat. He scored 100 giving India a big lead.
And another collapse in the second innings for Bangladesh meant that India made it two in two seven matches into the WTC India was yet to concede a point.

Next up it was time to travel to New Zealand.
India’s smooth sail found itself caught in the eye of the storm at the start of the new year. India’s batting failed to reach 200 in either of the innings Saudi bolt and RCV’s Kyle Jameson were the chief tormentors. The Kiwis winning comprehensively by 10 wickets in the second test India showed signs of improvement.
But a lack of fight in the second innings meant that the Kiwis would make it two in two. And this series loss would come as a big blow for the team.
Later in the year, it was after this right before India’s total Australia when the ICC made a change to the qualification criteria for the WTC introducing a percentage of points.
What this meant was that India would slip to the second spot on the points table behind Australia with 75 percentage points. And then it was time for team India to travel to Australia.
It started with the Adelaide typical India folding for an embarrassing 36 months.
And with several senior names not available for the next three tests, India we’re staring into the dark.

But what happened next?
Will go down in history as one of his greatest comebacks by displaying unthinkable resilience India beat Australia in Melbourne by eight wickets in the second test match.
The highlights were boomers’ six wickets and the stand-in captains Rouhani’s hundred and in the third test in Sydney, we got to see the gritty side of this Indian team fighting from precarious situations to steal in.
Draw Hanuman and Ravi Ashwin consumed 300 deliveries together to deny Australia a lead in the series. And the last one at the Gaba was so legendary that it will be a part of folk tales in the years.
To come India was forced to field rookies who fought like seasoned campaigners. the match gave us a new Rishab Panth who is destined for greater things and on the last day against all odds and expectations.
India hunted down the target of 328 with three wickets in hand. But despite this glorious tough they were still not assured of a place in the final. And it was time for India’s final series against England at home.

By then New Zealand was already in the final with Australia having canceled their South Africa tour in the four-match test series.
Virat Kohli’s men needed to beat England not just beat them but win by at least two tests. A loss in the first test in Chennai was the worst possible start but centuries from Rohit Sharma and Ravi Ashwin in the second test helped them regroup to level.
In the series and in the third one Aksar Patel bagged 11 wickets to crush the English models heading into the final test match.
India needed just a draw to book their spot in the WTC final but that is not how this Indian team has approached any match under the leadership of Virat Kohli. And so they thrashed England once again this time by an innings and 25 runs oxer Patel once again picked up nine wickets in the game. India ended up as WTC table toppers and more importantly booked a flight to England for the grand finale.