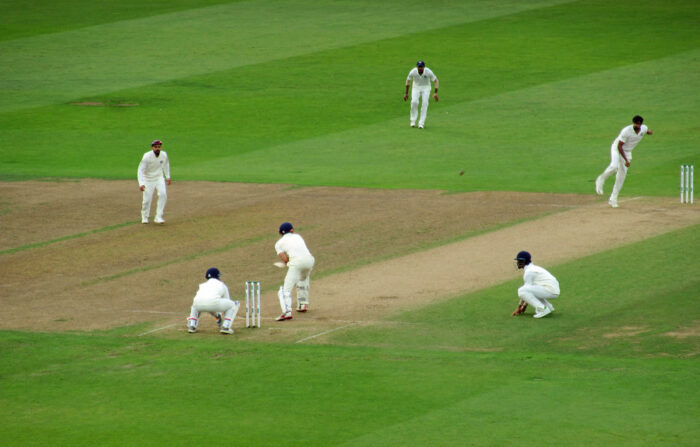 A historic win at Lord’s – court to see some courageous cricket – gave India the lead, and as we gear up for the third test that leads, it’s a no-brainer to find out which team has the tag of the favorites with them.

– Hey, guys! What can we expect in the third test? Well, a fight back from the host, for sure. They are not quite used to having their backs against the wall at home. That, too, against an Indian side. Joe Root in the pre-match press conference minced no words when he accepted that the hosts are desperate to make a comeback. It sets us up for another heated clash.

And as far as the team is concerned, England has called Dawid Malan to the side, hoping he will add the flam points that they are desperately in need of. With Mark Wood missing out due to a shoulder injury, James Anderson will be under some serious pressure to deliver once again. And as far as Indians are concerned, the question remains will Ravi Ashwin play or not. In the last few years Leeds has been friendly for the pacers and that might tempt the Indian management to stick with the four-pacer combination. But for now, Indians have their cards close to their chest. Kl Rahul has earned the battle versus James Anderson. There was never any doubt about his talent, but the way he has emerged as an opener of this series, it’s been phenomenal.

One of the concerns for India on overseas tours over the years was the start, but so far in this series Rahul has effectively managed to blunt out the Anderson threat. But can they do that once again at Leeds? It will be interesting for sure. Mohammed Siraj is in the form of his life. Joe

Root, too, is having his own sweet run, making this a contest to look forward to. Siraj will be full of confidence after his performance at the home of cricket, and he will want to continue that at Headingley. What may work in his favor is the fact that Root’s record is not as great at Leeds as it is in other english grounds, which way this going to go. And finally Mohammed Shami versus Dawid Malan.

Malan played his last test three years ago against India. Since then a lot has changed including Malan stature. He is now an intimidating batsman, at least in the shorter formats of the game. England will have high hopes from him, and they would expect him to replicate the work of T20s. But for him, to do something like that, he will have to go past Mohammed Shami.

Shami’s tactical understanding of the game and how he uses his skills to flummox the batsman is no secret. Get ready for a juicy one between two fiery characters. And in our RCB watch segment the RCB fans will be hoping to see a big one from Virat Kohli. They will have high hopes from their very own Siraj as well. He hasn’t disappointed so far in the series, and with the support of a billion people on his side, expect him to run in like a dream once again. The last few days have been about experts on the

England side analyzing the tactics India used against England, intimidating the opposition to submission at Lord’s.

Will we see a change in approach from the England side to tackle that, or will Leeds add fuel to the fire? Only time will tell…